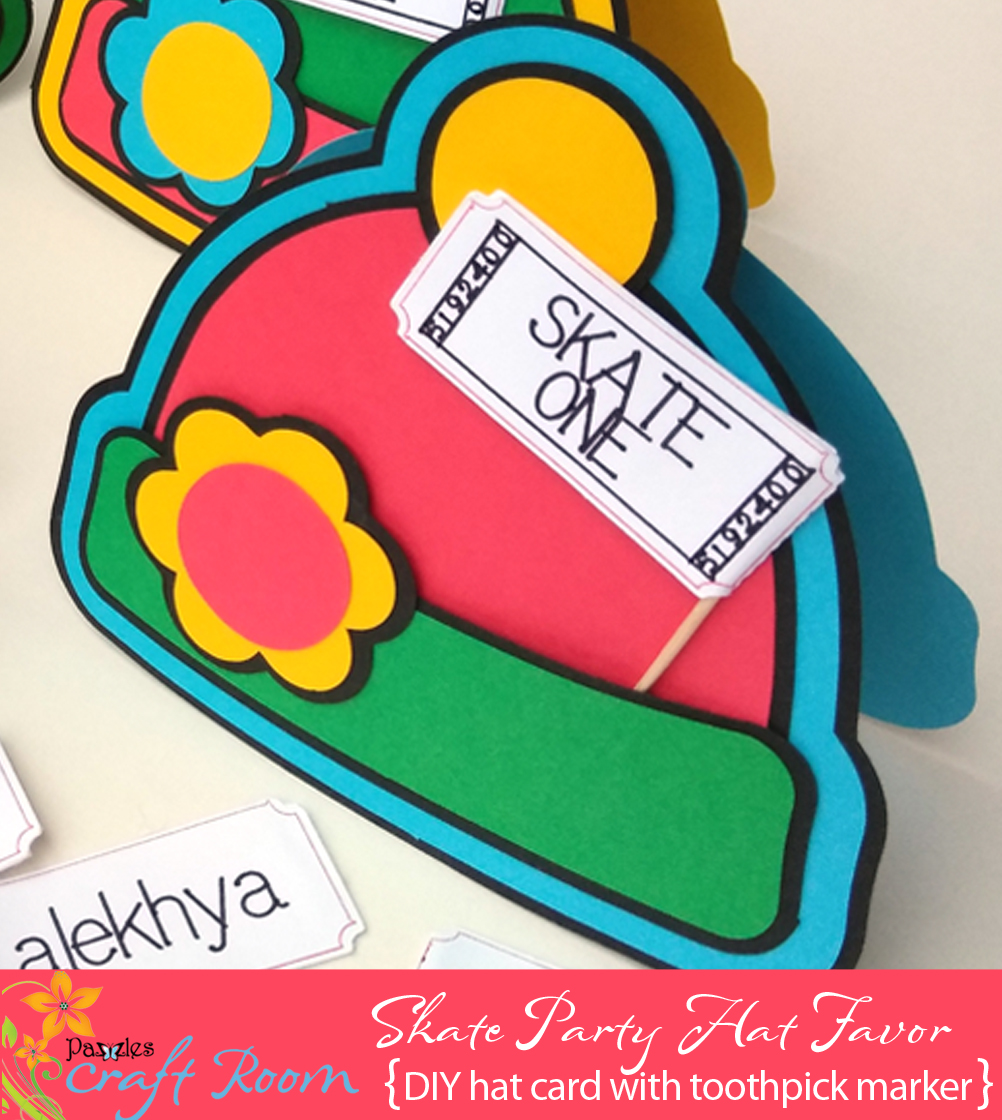 I was smitten with the Winter Hat Shape Card by Joanna and just had to put my own twist on it.  I modified the Winter Hat Shape Card by reducing the card base, adding outlines, and embellishments: button (from Buttons) and flower (from Blossom 2). You could also embellish them with basketballs, baseballs, etc. from many files in the Pazzles Craft Room (such as the Sports Ball Collection or Sport Gift Boxes Cutting Collection) and cut them from paper in your favorite team colors! 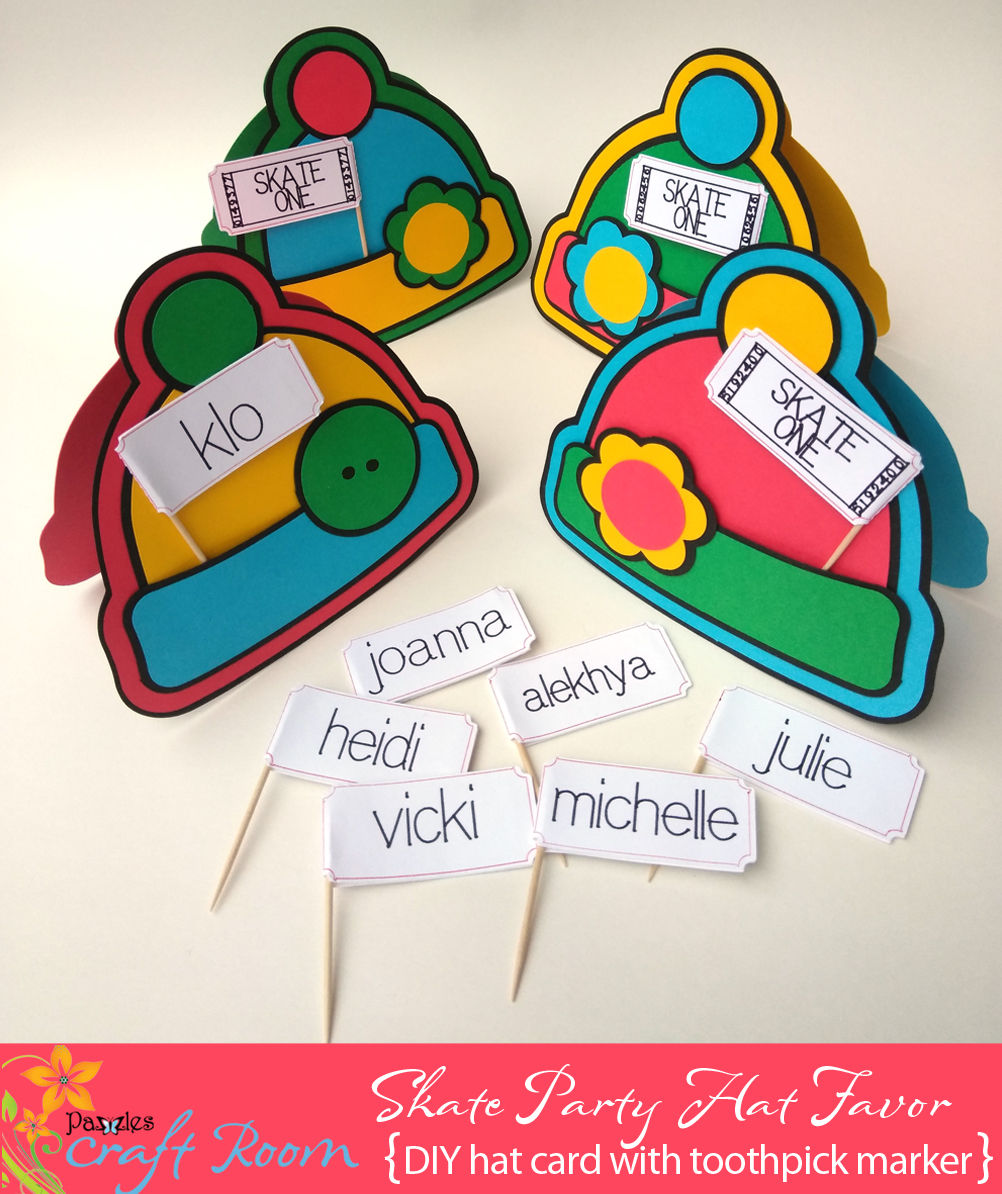 I cut the pieces from COLORBÖK Solid-dyed Core Premium Cardstock – Primary 180 sheets 12” by 12” and assembled each component with its outline using a glue stick, then attached the pieces to form the hat, glueing only the sides and bottom of the hat brim to form a pocket to hold the tickets on toothpicks. I glued the back of the card to the back of the card front at the circular part with glue stick.  I modified the Tickets file in the Pazzles Craft Room to say SKATE ONE with the Rhinestone font in the Inspiration Pro software, random numbers ending in digits 1 through 9 and 00 through 22 using the numbers from the file, and added party guest names (*wink*), also with the Rhinestone font, and converted text to path after I sized them to fit on the tickets;  you can modify the numbers or names as you wish. I also modified the Tickets file so that the tickets would be separate, horizontally-folded-over tags and added an outline in creme so the tickets would cut out beyond the red lines.  To make the ticket cupcake markers I created the red lines on the tickets using the Pen Tool and a red Office Depot ballpoint pen (probably medium point), the black lines using a Paper Mate Flair Medium point felt pen on white 12” by 12” cardstock (COLORBÖK Solid-dyed Core Premium Cardstock – Primary).  I cut out the tickets by selecting the creme colored lines in the file.  I glued them with hot glue around a toothpick and inserted them into the hat pocket.

You can tape a party treat inside the back of the card, such as Wonka Fun Dip (Lik-M-Aid), an Airheads taffy, a Jolly Rancher Stix hard candy or a Hershey Kit Kat bar for guests to take home, OR you could probably make your own little hat-shaped notepad using the outline of the whole hat (card front) with some of the Pazzles Craft Room digital papers to create several pages to staple together and tuck inside the card!).  You could also tuck a dollar coin or skating rink arcade coin(s) in the hat brim as part of the party favor.  You can also use the tickets to choose prize winners — throw a printed and cut copy of them in a bowl and draw a winning ticket or roll dice to choose; tickets end in 1 through 9, 00, 11, and 22 so you can just use a choosing method that chooses from among those numbers and not worry about the first 5 digits on the tickets.  At the beginning of the party, have guests decorate prepared, cooled cupcakes with frostings and sprinkles and then use the ticket toothpicks to label them.  Go skating at your local ice or roller rink and enjoy the cupcakes afterward while your birthday boy or girl opens their gifts.