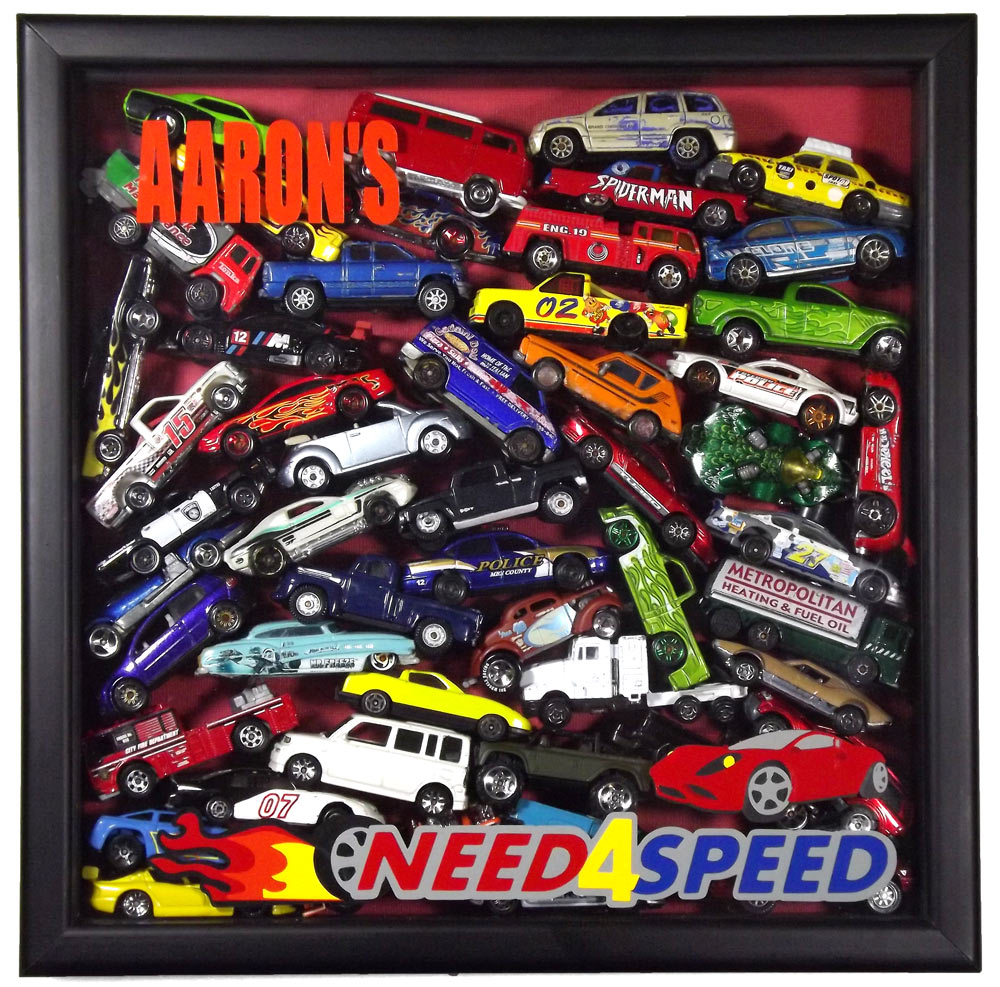 My son loved his little cars when he was younger. He always pretended the cars were driving really fast and the police pulled them over. He played with them almost every day, and we rarely left the house without at least one in his pocket. But this too shall pass…ho hum. We recently cleaned out his toy box and I found all his beloved cars at the very bottom. He was hesitant to get rid of them but he also said, “I don’t really play with them anymore”. So when I saw the Need 4 Speed Cutting Collection I knew right away what I was going to do with it! I purchased a 12×12 shadow box, took the back off, laid it face down and filled it with his most favorite cars. I used vinyl to cut the files out, layering them as I went and applied it to the glass front of the shadow box. He was so happy and even got a little sentimental when I gave it to him. I hope it provokes those feelings every time he sees it. 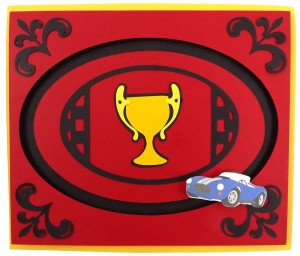 I also made this card for my son and gave it to him with his shadow box. I followed the instructions from the National Scrapbooking Day Spinner Card by Joanna Wright. Instead of a straight line, I used an oval so it would look like the car was racing around a track! Since the car on this card was very small, I used the print and cut technique to cut it out. I wrote “You’re a Winner” on the inside. I love cards that move. I think moving parts add a whole new level of fun to them. The Need 4 Speed Cutting File Collection was perfect for this project! I also think they would be perfect for a wall vinyl project. If my son was younger, that’s exactly what I would have done, but alas he has grown out of his little boy toys…for the most part.